As a man or woman stranded naked, freezing and starving on the shores of a mysterious island called ARK, you must hunt, harvest resources, craft items, grow crops, research technologies, and build shelters to withstand the elements. Use your cunning and resources to kill or tame & breed the leviathan dinosaurs and other primeval creatures roaming the land,and team up with or prey on hundreds of other players to survive, dominate... and escape!

Tame, Train, and Ride Dinosaurs in a living ecosystem!

Dinosaurs and Creatures: There are over 100+ different creatures planned for final release, the vast majority of which can be tamed (and in most cases, ridden) through an innovative and challenging Capture & Affinity process. After taming, pets will gradually level-up through their own individual experience points, consume food, defecate, and breed. Each tamed creature has its own inventory, which can be accessed and managed by its owner and even the owner's tribemates (depending on tribe settings). Level up your pets' stats to allow them to move faster, carry more, hit harder, etc. Some unwilling prey can be carried back to your settlement, depending on both creatures' strength and type. Fly a Pteranodon over the snow-capped mountains, carry allies over enemy walls, race through the jungle with a pack of Raptors, stomp through an enemy base aboard a gigantic Brontosaurus, or chase down prey on the back of a raging Tyrannosaurus! Take part in a dynamic ecosystem life-cycle with realistic/challenging survival aspects and its own predator and prey hierarchies, where you are just one creature among many struggling for dominance and survival. 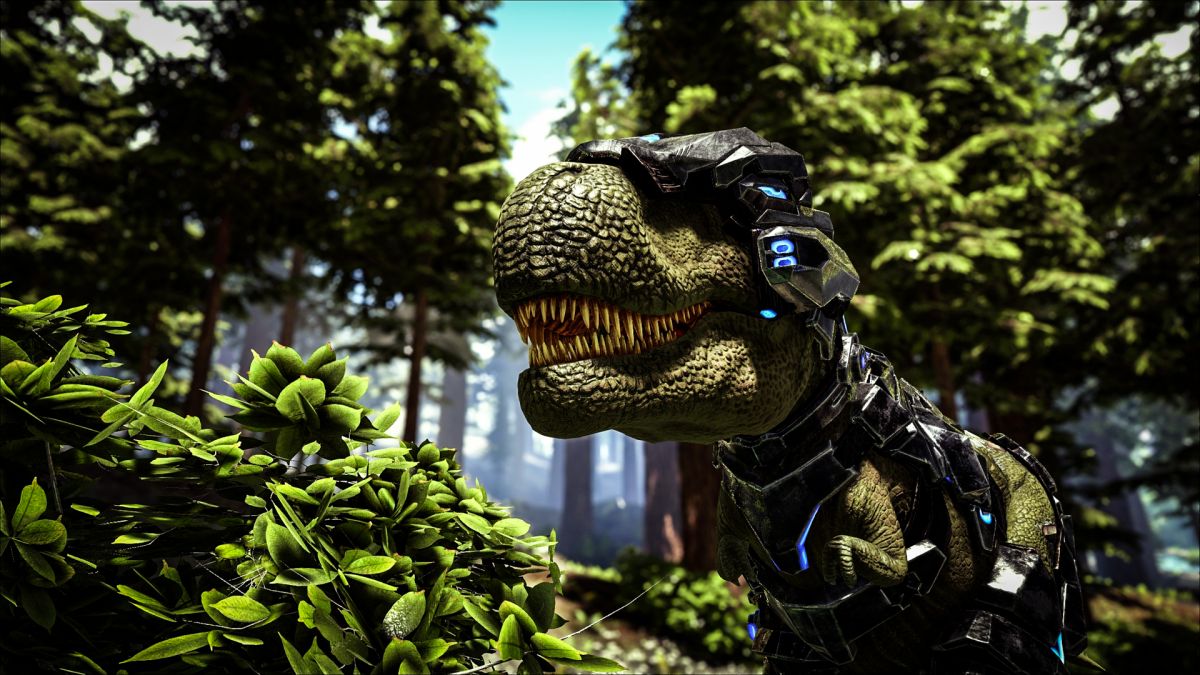