The Fighting Commander is the ultimate controller for 2D Fighting Games and also works great on many other 2D software titles. This pad is a pure performer with the industry’s best D-Pad, six-button layout, large buttons, improved ergonomics, and high quality construction. Features Assign button to set buttons to desired layout and function. Switch the D-Pad to function as the D-Pad or Left Analog Stick. The 3 m cable is long enough for most gaming environments, and the wired connection ensures quick and accurate response. Also compatible with PC. Officially Licensed by Nintendo. 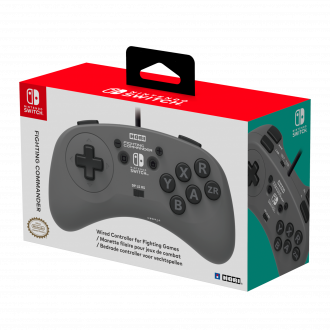