Let there be light!

Like its younger brother, the WISTREAM GLOW 300 LED PANEL comes with a control panel fitted with an LCD display to keep tabs on your settings and adjustments for the lighting.

Even with its massive size, the panel is still compatible with a battery pack, essentially making you capable of bringing the stream any where you would like and not lack on good lighting.

Features:
Massive light source
Enormous LED light panel with a wireless option
Bolstering a panel that is 37cm broad and 26cm tall, this panel perfect for an even distribution of light.
Light controlled simply
The WISTREAM GLOW 300 LED PANEL has a control panel with knobs and an LCD display for keeping tabs on your settings and adjustments for the light.
Optional battery source
The GLOW 300 LED PANEL is fitted with the option to be powered by a battery pack, allowing you to be on the move and without the constraints of wires. Compatible with two NP-F Series batteries 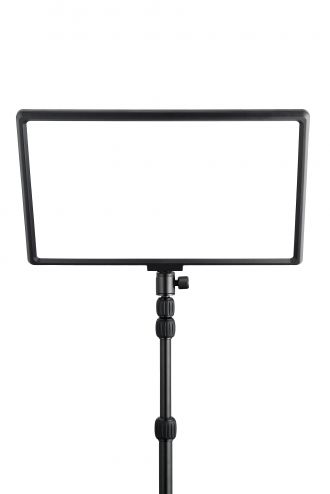