Plunge into the world of Eldrador® Creatures in this turn-based strategy game.

Go into combat together with your favourite Eldrador® Creatures in the Battle of the 4 Worlds and defeat the other factions so that you can call the powerful  Superweapon your own and rule over Eldrador!

20 playable original Eldrador® Creatures, including new creatures like the Rock Beast and the Shadow Panther, as well as the exclusive Eldrador Mini Creatures
Use the special abilities of your chosen creatures to defeat your opponents in tactical combat
Battle in all 4 gameworld settings: Lava, Ice, Stone and Jungle!
Dynamic worlds due to toppling elements like walls and bridges 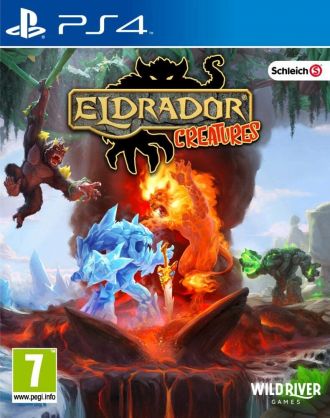