From the storytelling experts at Hangar 13 comes Mafia: Trilogy, the only interactive entertainment series that lets you live the life of a gangster across three distinct eras of organized crime in America.

Combined, the critically acclaimed Mafia crime dramas have sold more than 18 million copies worldwide. Now, for the first time on modern consoles, experience all three entries of the revered action-adventure series together in one definitive organized crime saga. Includes:

Mafia: Definitive Edition is a comprehensive, built-from-the-ground-up remake of the original Mafia, complete with an updated script filled with rich new dialogue, expanded backstories, and additional cutscenes; all-new gameplay sequences and features; the same stellar game engine that powered Mafia III’s best-in-class cinematics; and other enhancements. It’s the Mafia you remember, only much more. 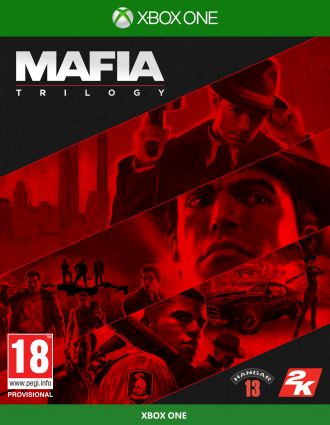