Ground zeroes centers on big boss - legendary hero and mercenary - as he infiltrates a sprawling secretprison base called 'camp omega' in cuba on a rescue mission.

He soon finds himself alone behind enemy lines with a truly non-linear mission that showcases key advancesto the series made possible by its use of the fox engine.
Continuing the story of big boss, metal gear solid v: the phantom pain is the series' largest and most ambitious edition to date, expanding upon themes and content seen in its predecessor: metal gear solid v: ground zeroes. 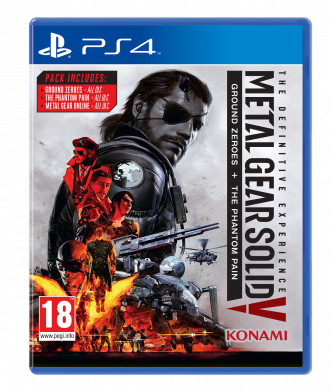