The Thousand Sunny in tatters… crew members scattered… and Luffy has lost his straw hat!
During their voyage along the Grand Line, Captain Monkey.D.Luffy and the Straw Hat Crew are caught in a sudden storm at sea. When the storm subsides, they find themselves stranded on a lush, but mysterious island called Waford, becoming separated from each other in the process. The crew sets out on a new, daring adventure filled with marvels of nature, powerful enemies, and strange encounters with island locals. Join Luffy and work together with the Straw Hat Crew to set sail once again! 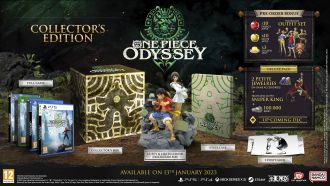