One of the most acclaimed RPGs of all time comes to life in an interactive novel in which your decisions will mark your destiny.Two exciting adventures set in a unique universe, where death is only the beginning of each story.

In Coteries of New York you will rediscover New York from the perspective of a newborn vampire in the dark and
caught between the power struggles of two vampire clans: Camarilla and Anarchs.

Fight to preserve the vestiges of your humanity while you try to control your desire to feed, or the Beast that beats inside you will end up taking control. 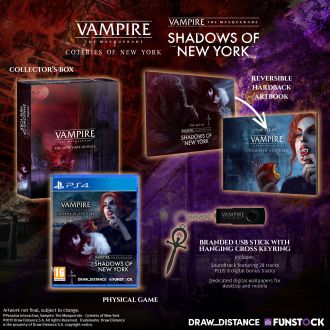